The iconic Eero Ssarinen TWA Terminal at JFK airport has been brought back to life as a destination hotel, restaurant complex and conference center. The addition of the two hotel structures along with recent airport infrastructure has changed the context of the landmark Flight Center.

MNLA designed the landscape to preserve unobstructed views of the signature building profile while integrating pedestrian and vehicular access to the terminal’s original entry.  New landscaped spaces are created between the hotel wings and terminal using simple, strong forms derived from the terminal’s details. The centerpiece is the historic tarmac that is flanked by the original flight tubes within which sits the reconstructed Connie, an original TWA plane restored and repurposed as a restaurant and bar. 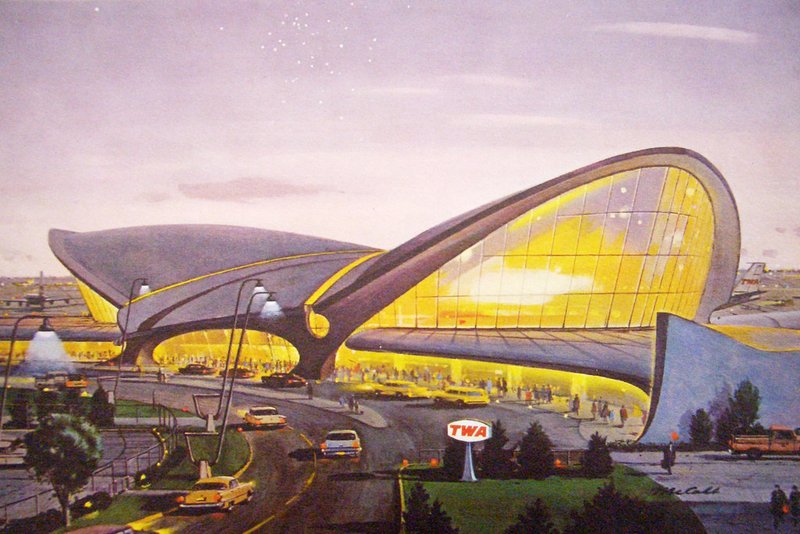 The new hotel has 512 ultra-quiet guest rooms, 50,000 square feet of meeting and event space, and a Lockheed Constellation "Connie" L-1649A transformed into a cocktail lounge. 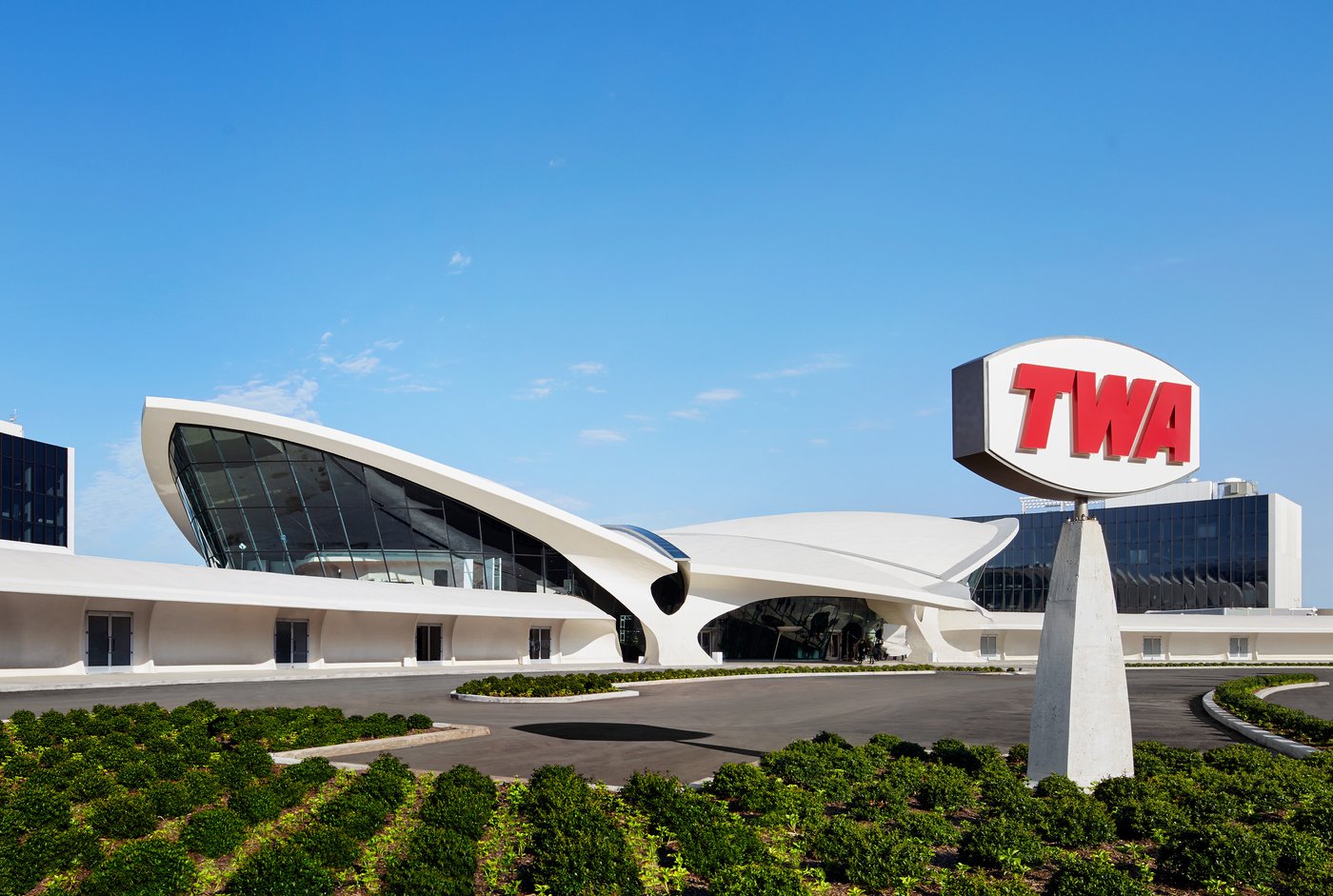 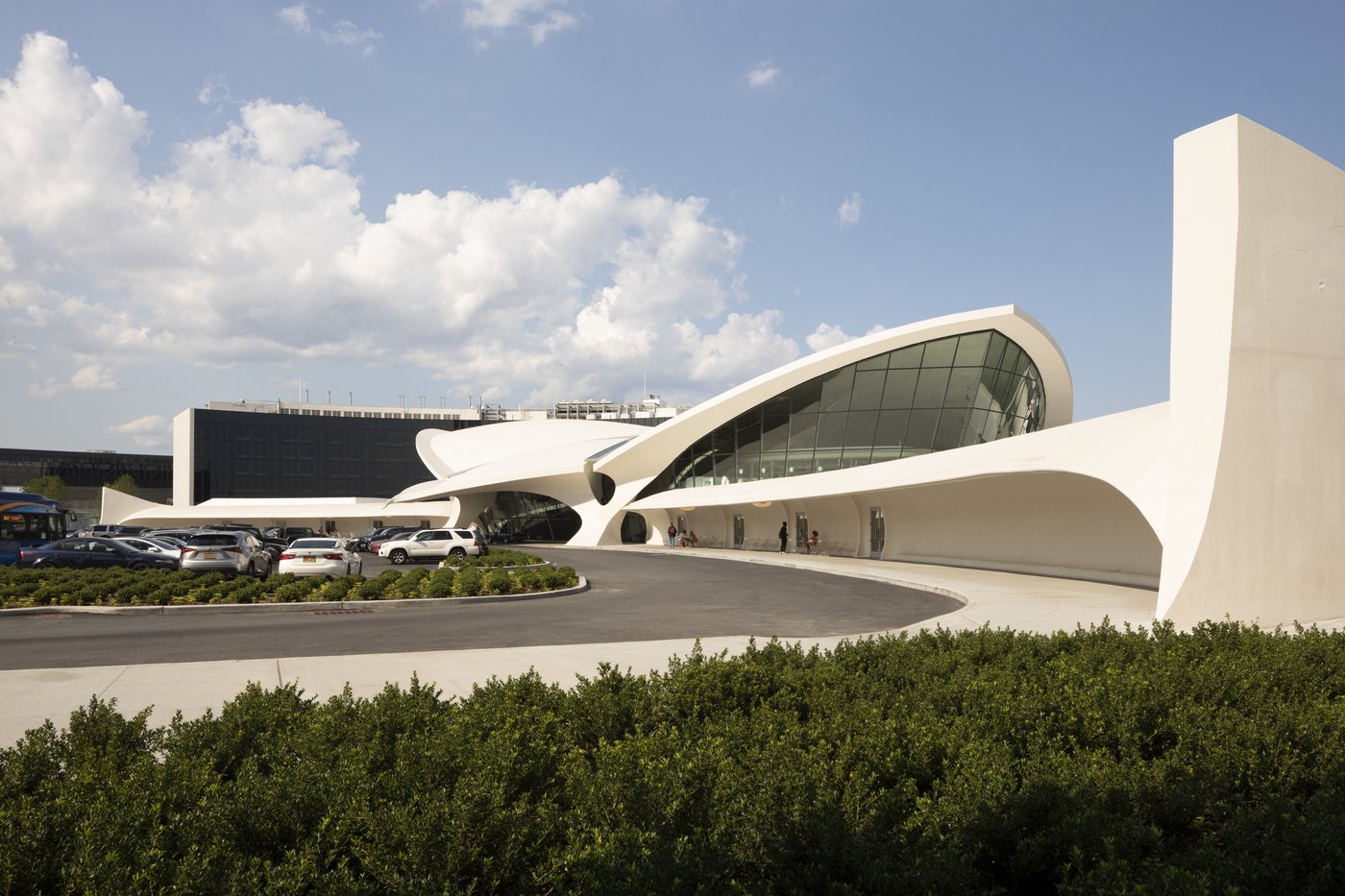 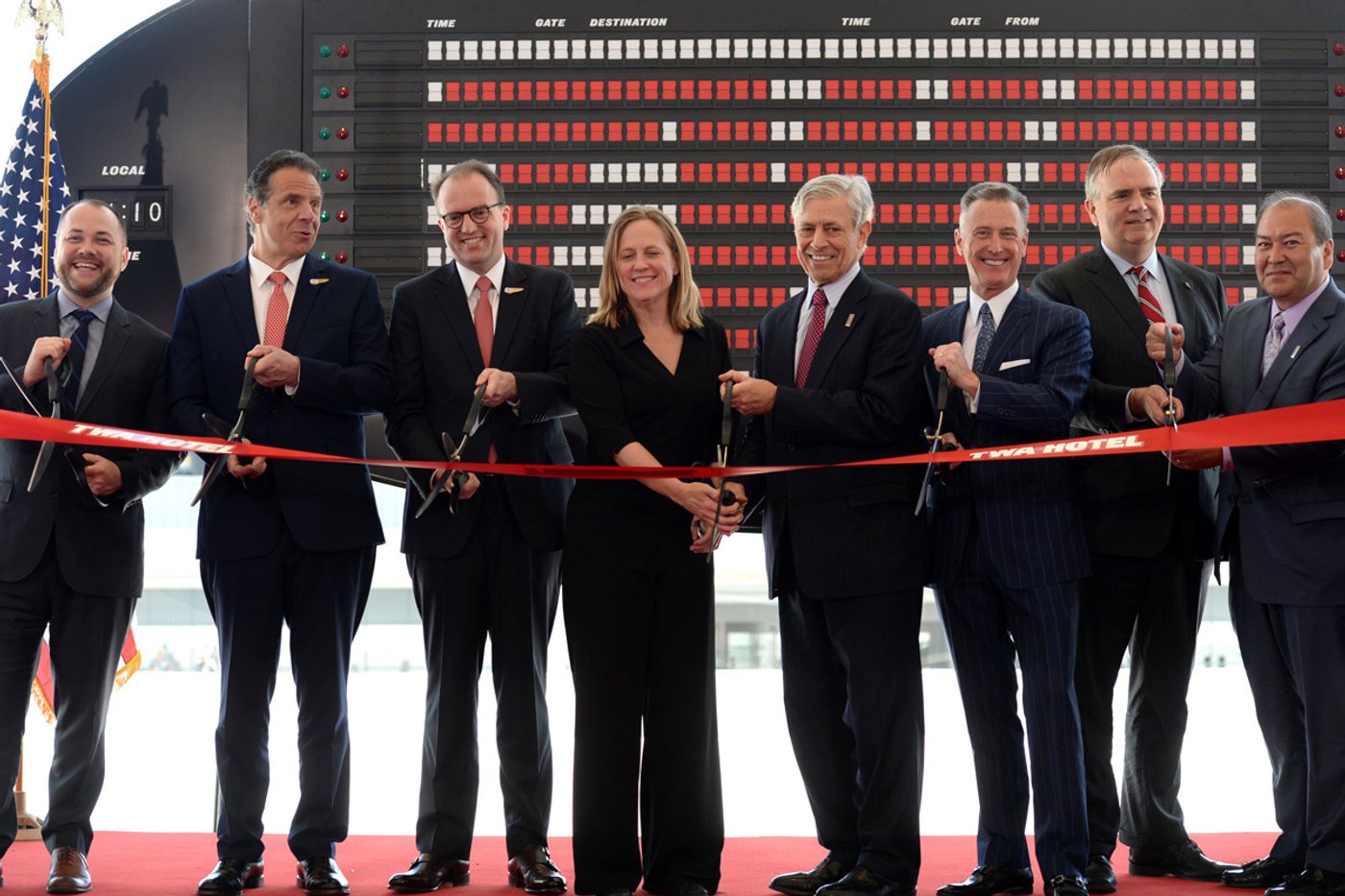 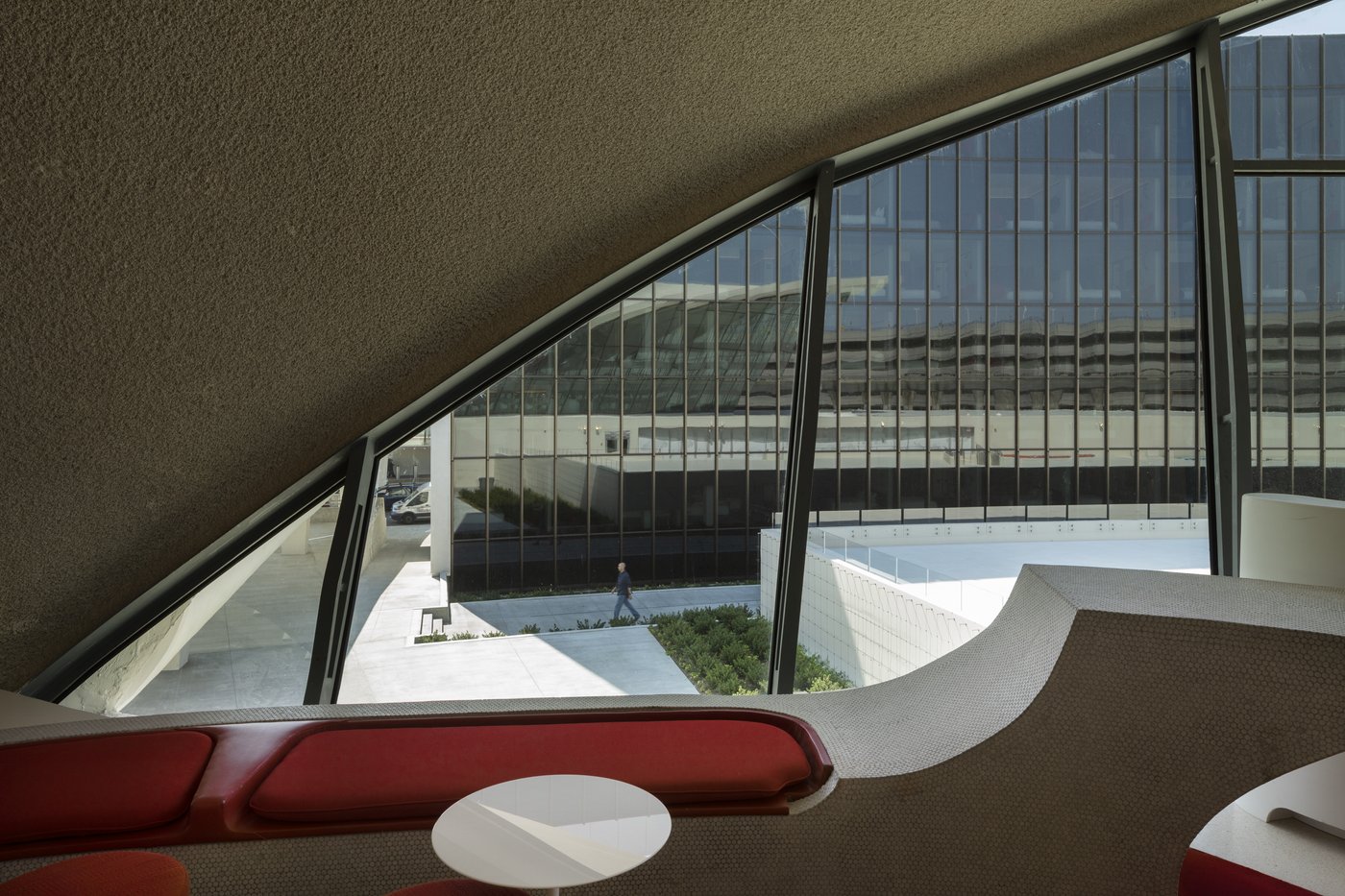 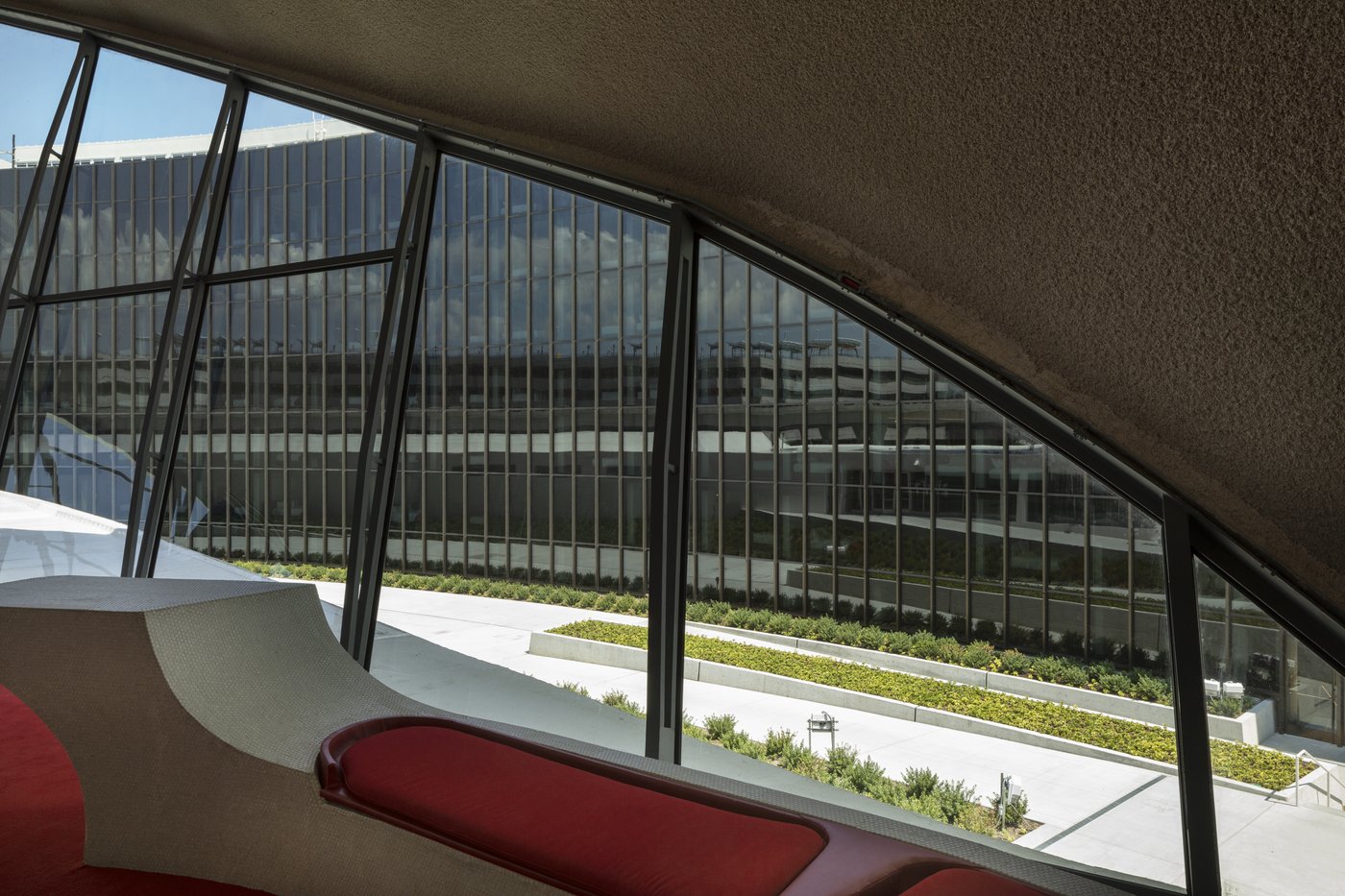 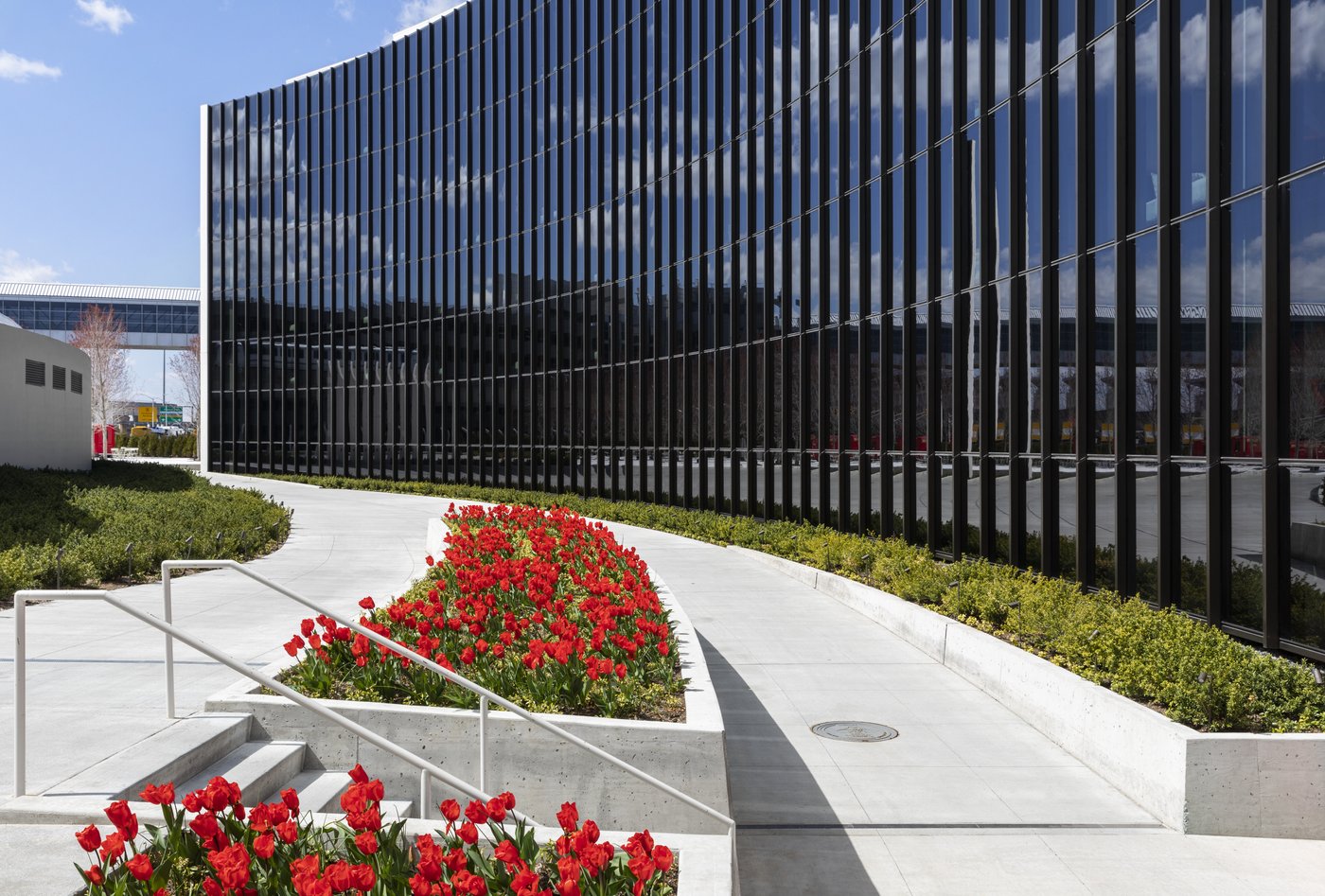 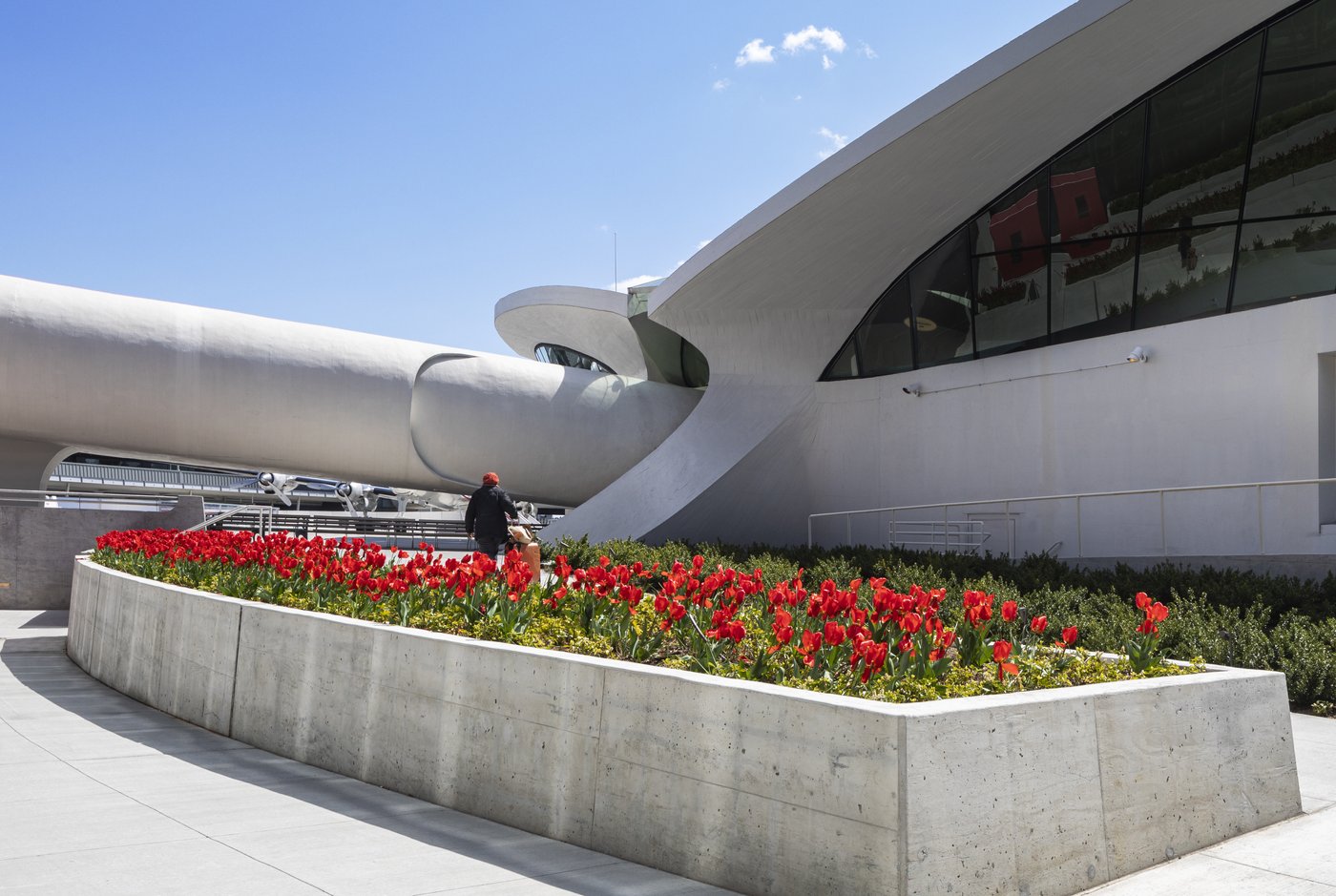 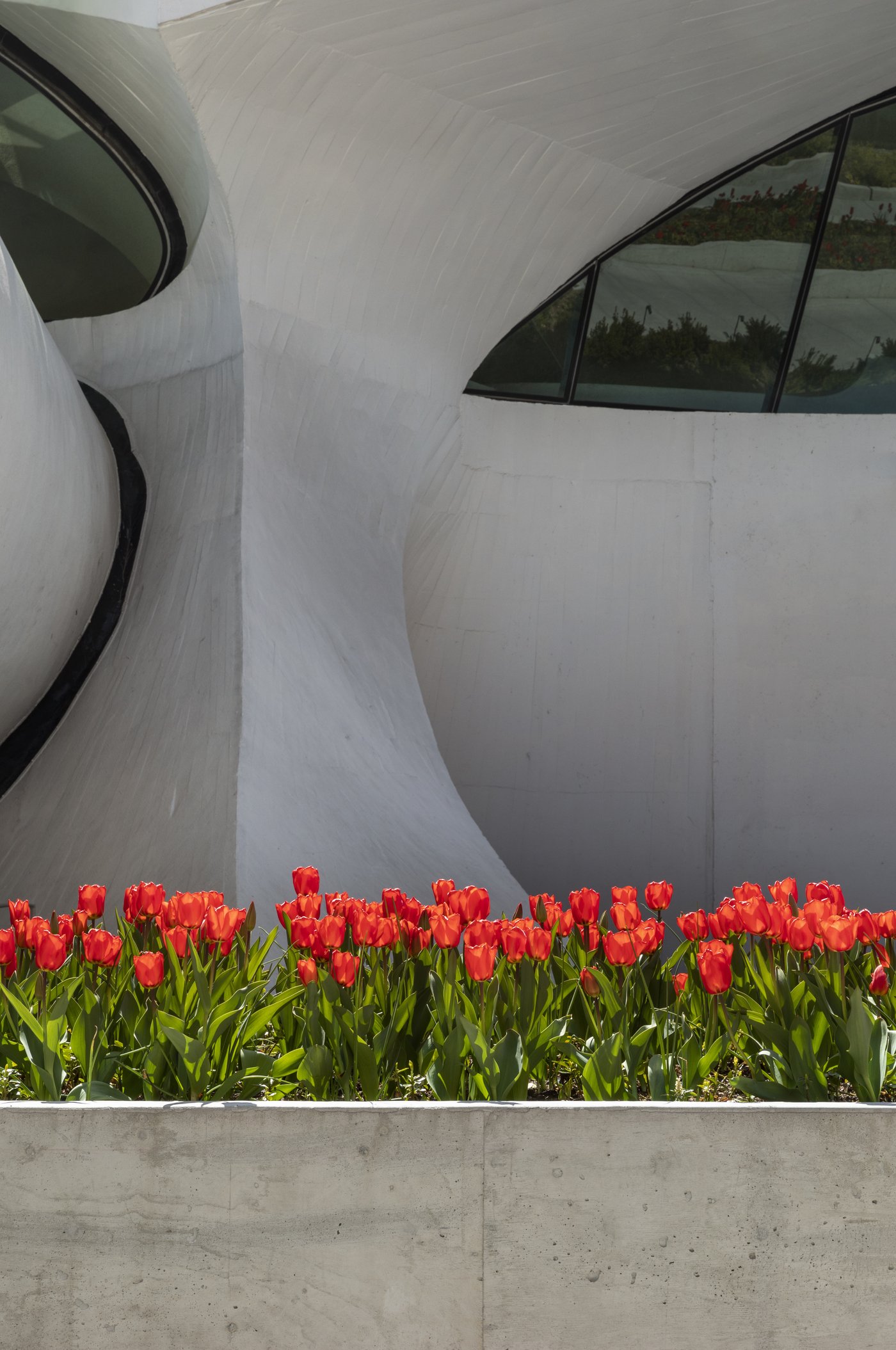 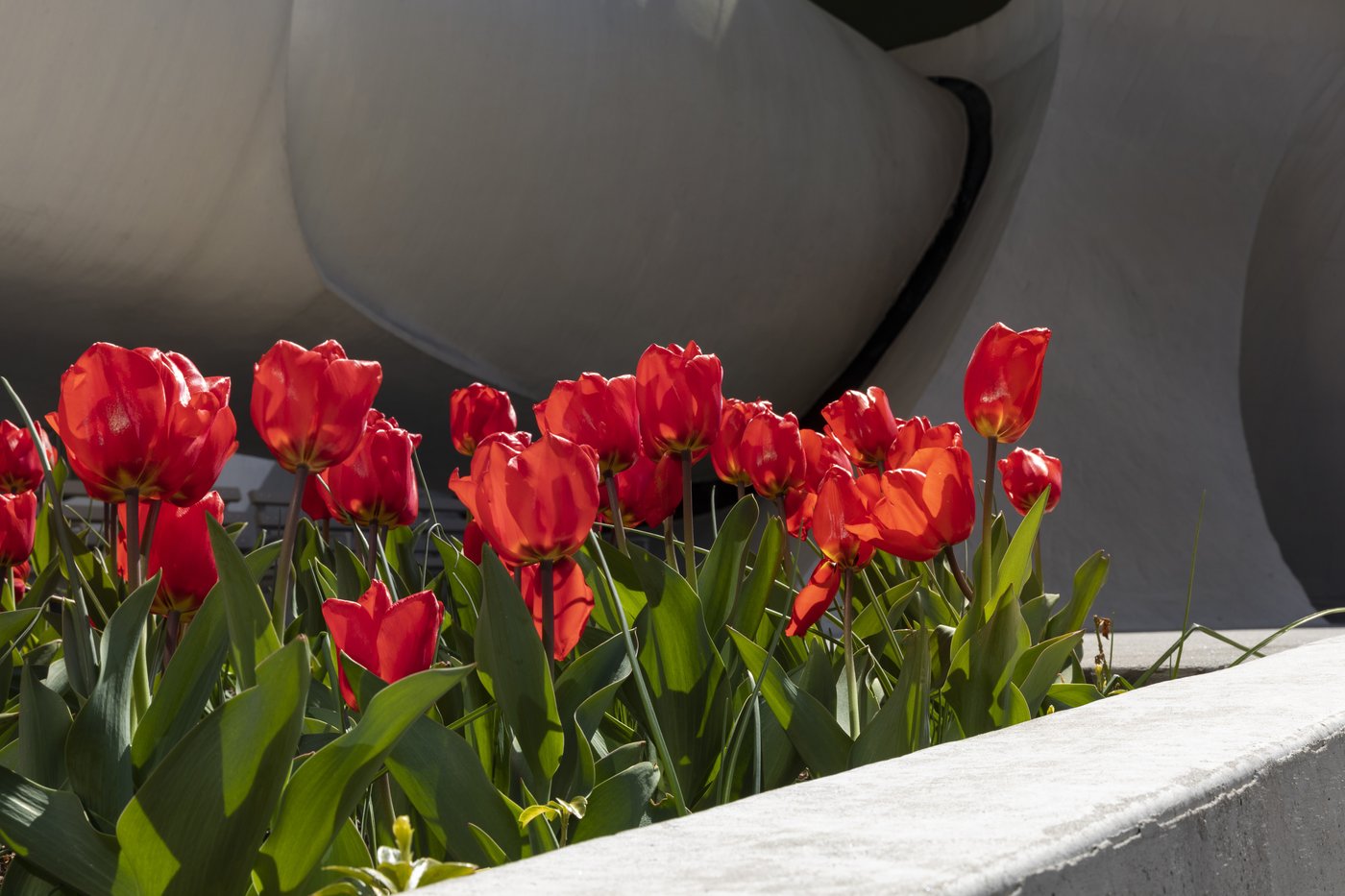 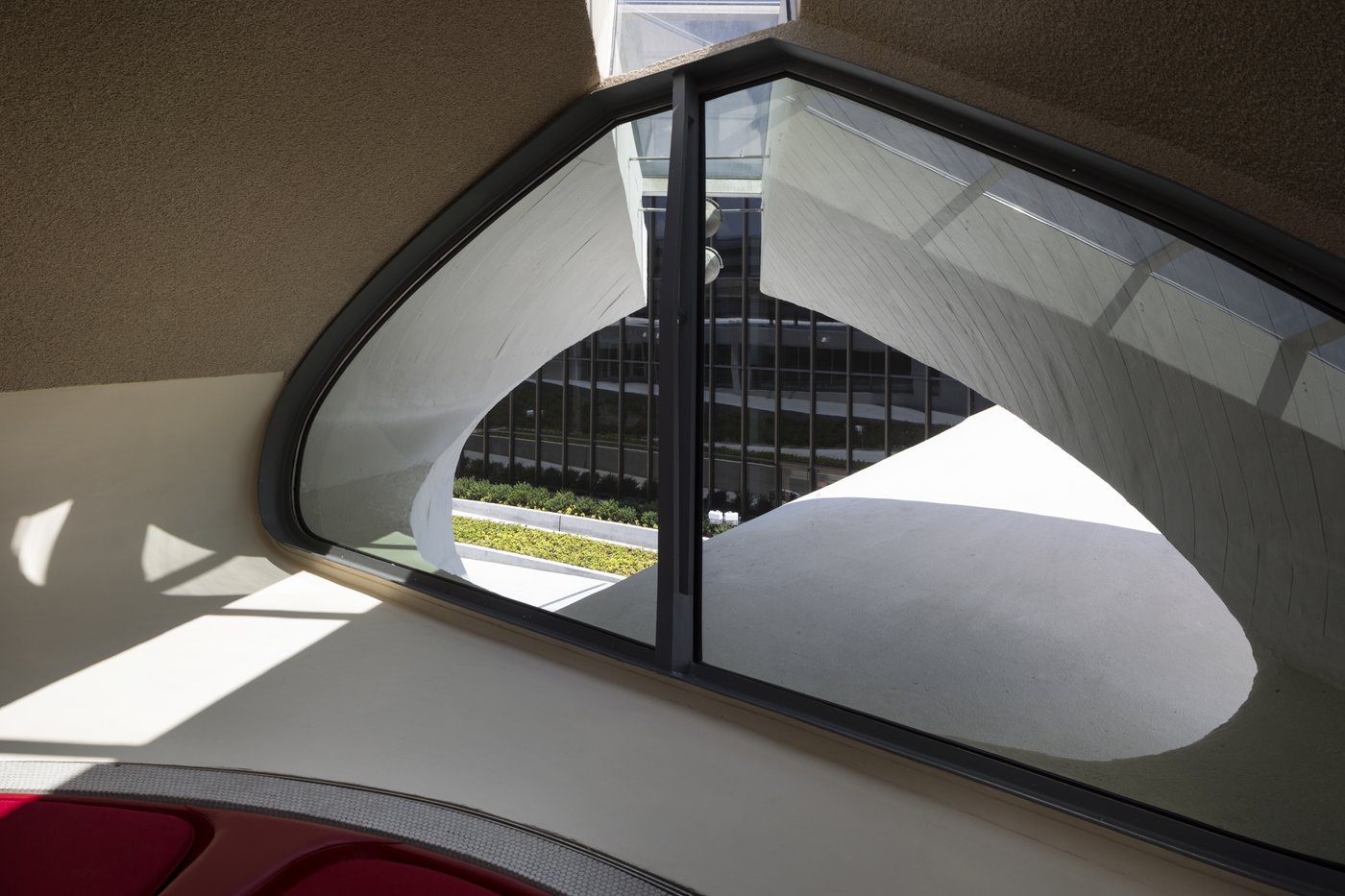 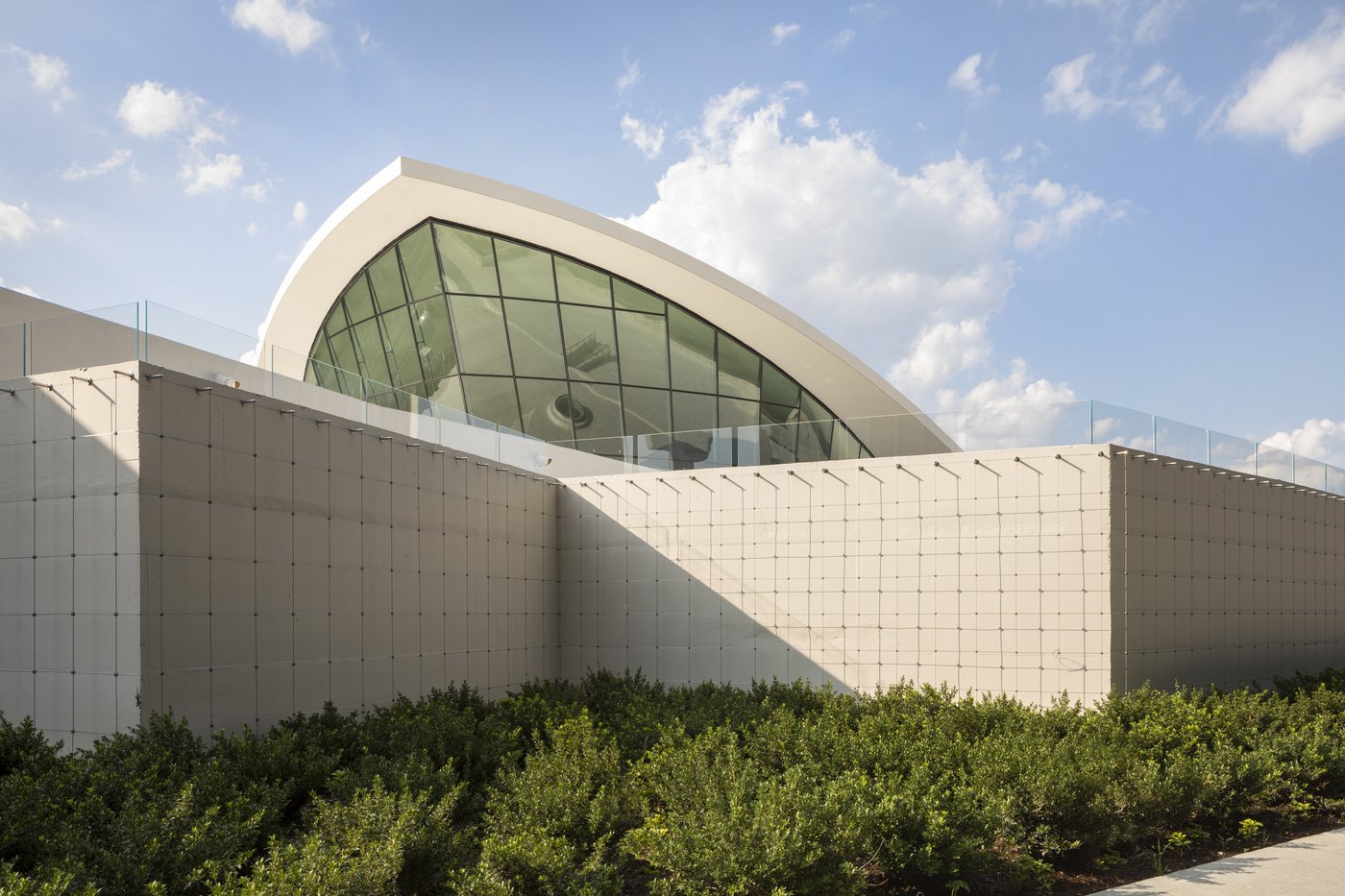 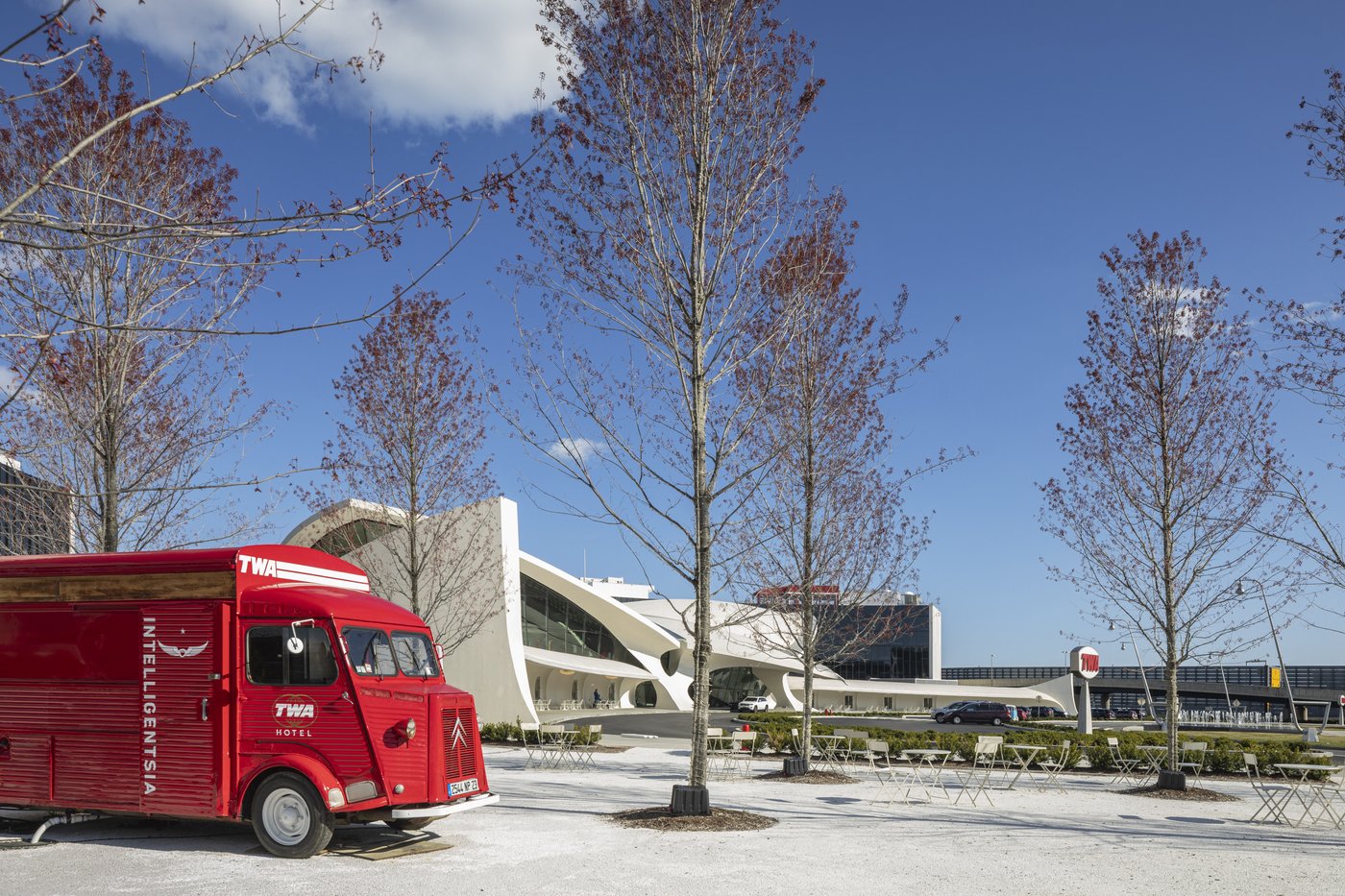